I am blogging about 2 cakes, but I didn't make 2 cakes this weekend. I actually made the banana cake last October. I did, however, made Lemon Poppy Seed Cupcakes yesterday. I missed it on the bake-a-long so now am trying to catch up.

Back to the banana cake. I love bananas. It is one of my favorite fruit and probably is the one I ate the most. Prior to being part of HCB I used to make banana bread once a month. When I got Rose's new book I couldn't wait to make this cake. So much so that it was one of the 1st cakes I made. I hope it still qualifies as an entry as I haven't blogged about it.

This cake was very easy to make. Process the banana and creme fraiche until smooth in the food processor, add eggs,lemon zest, and vanilla. Then incorporate the flour, salt, and leavening to the banana mixture. Into the oven it goes. The cake baked up very nice with a little dome in the middle. 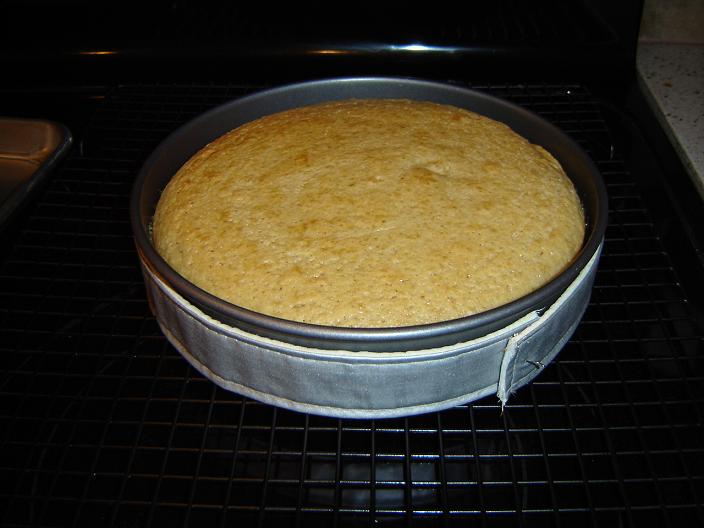 I read somewhere in Rose's blog that the banana cake would have a little dome because the banana fibers are so strong so it is not possible to make a flat banana cake (you would have to trim it if you want it flat).

Next is the frosting. Also very easy to make. Heat the white chocolate until almost melted, wait until it cool. Then process the cream cheese, butter, and creme fraiche until smooth and creamy. Add the white chocolate into it, and add the almond extract.

And that's it folks!

Decorating is even easier. I wanted to make it look like the book so I just spread the frosting on the cake with an offset spatula and try to make the swirls as nice as I can. 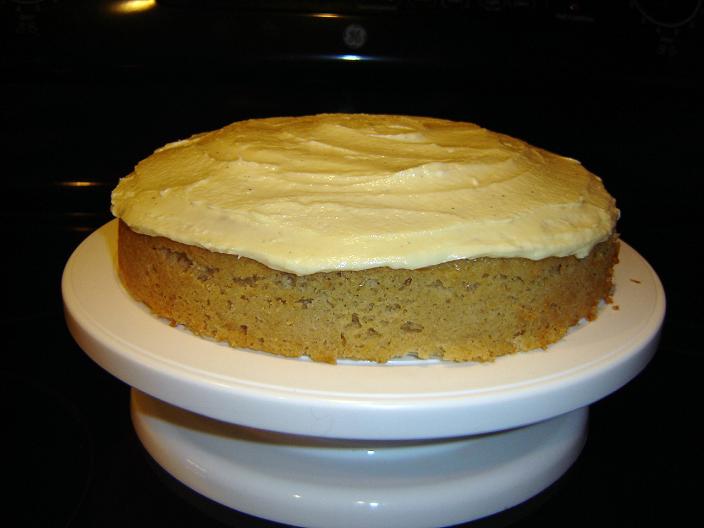 Tasting impression. I love this cake. Sort of expected as I like banana so much. However, I think I should have let the bananas ripen more so it would have more flavor. In any case, it is a very good cake. The frosting is a little rich and sweet for me, I think it's because the white chocolate is very rich. There is not a lot of frosting though so it's still okay. 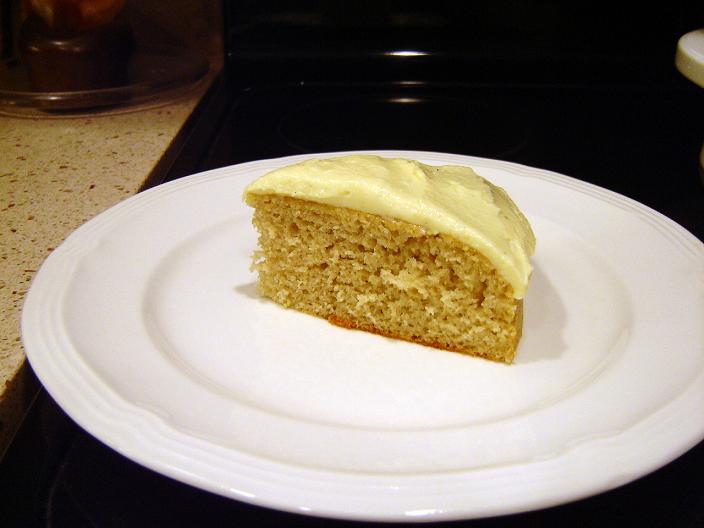 Now let's talk about the lemon poppy seed-sour cream cake. Boy that is a long name for a cake. I want to make 1/2 a recipe again so I made it as cupcakes.

This cake was also easy to make. Whisk the eggs, 1/4 of the sour cream, and vanilla. Then mix all the dry ingredients in the mixer, add the butter and remaining sour cream. Then add the egg mixture in 2 parts.

I used a tip from Hector from his Hector's Takes website in filling up a cupcake pan, which is to weigh it to make sure each cupcake are the same size. This is also a good rule for me as I tend to overfill the cupcake molds, so weighing it keep me in line! LOL! 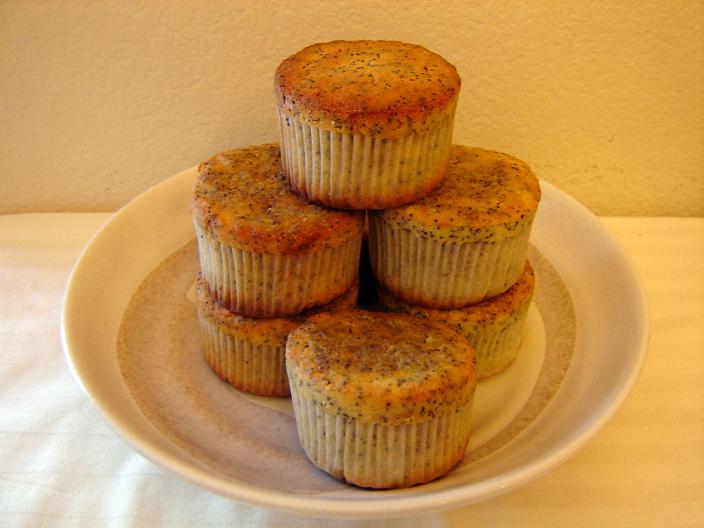 1/2 recipe of the Lemon Poppy Seed-Sour Cream cake makes 9 cupcakes, weighing about 58 grams a cupcake. I only have 1 silicone cupcake pan so I have to bake twice, but they still turn out nice. It takes about 35 minutes to bake these instead of the prescribed 45-50 minutes.

Once they are baked, I poked them all over with a skewer, then brush with the lemon syrup. Picture from the top, you can see the skewer holes! 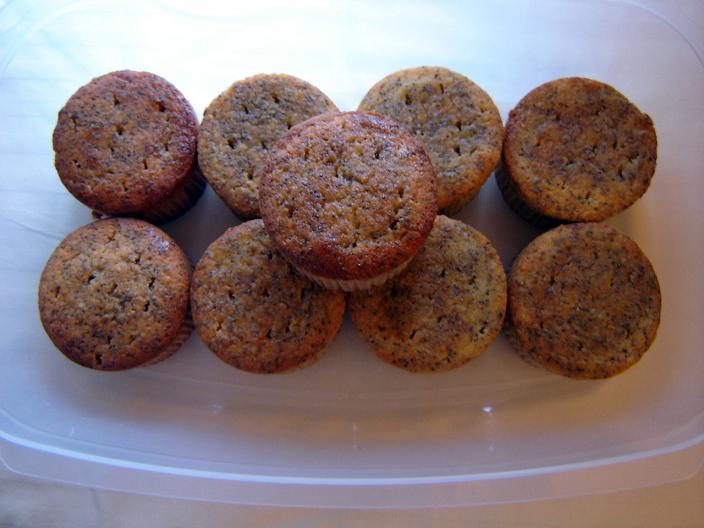