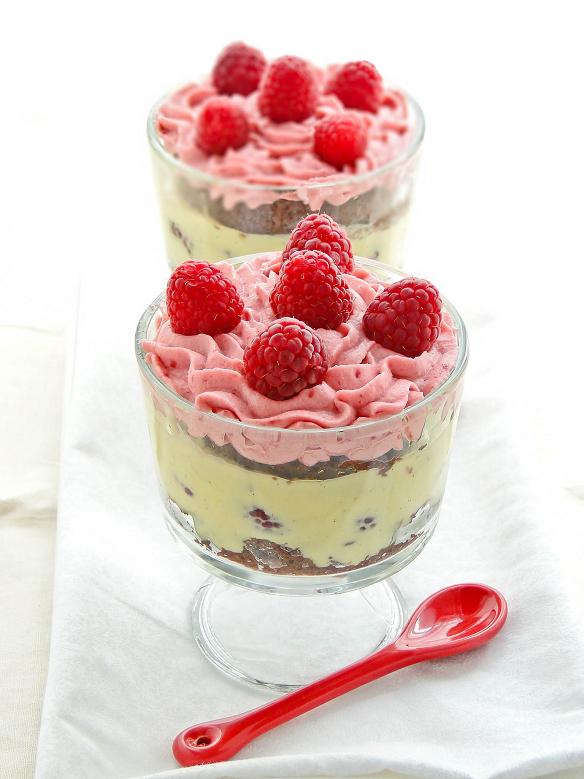 Moist Chocolate Genoise used to be my favorite chocolate cake. It has since been replaced by Miette Tomboy. Nevertheless, I was looking forward to this trifle. What's not to love? Chocolate genoise + chambord infused sugar syrup + creme anglaise + fresh raspberries = yummyness (this is a new word I made up.) And just when you think it could not possibly get any better, add raspberry flavored whipped cream to it = heavenly yummyness.
This trifle - like the Saint Honore Trifle, feeds 16-20 people. I don't have that many people to feed, so naturally I want to halve the recipe. But there's still the question of what to use as a serving dish. When I made the Saint Honore Trifle, I baked the cake in a cupcake pan and used wine glasses. It worked pretty well. But we have since then broken almost all our wine glasses, except for one. So I went to Walmart over the weekend to get more wine glasses. I found a set of 4 goblets for $5. As I walked away from the aisle, I saw some small plates and stuff that caught my attention. I stopped to check them out, and then I saw these cute mini trifle dish for less than $2. SCORE! I grabbed two of them and abandoned the goblets.
Back to the trifle. I decided that I should start with the creme anglaise. First order of business, measure the eggs. 1/2 recipe should mean 6 eggs but yolks are so small that I had to use 7. 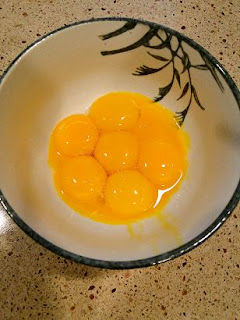 Next, the yolks are whisked with a bit of the milk and cornstarch. 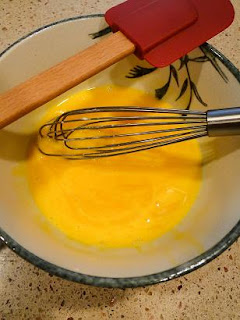 Then heat up the remainder milk and cream until it almost come to a boil. 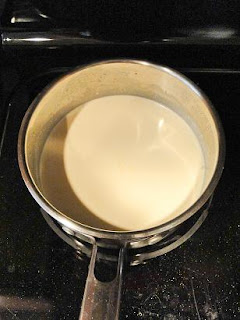 Add in the yolk and heat again until it coats the back of the spatula. 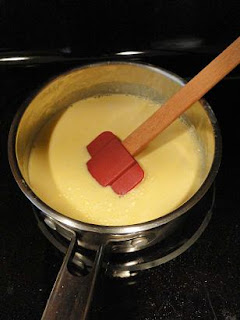 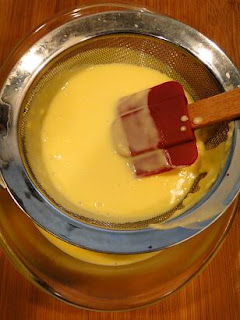 When the creme anglaise is done, I was shocked to see the amount. It's a lot of creme anglaise. Looking at the recipe again, it's supposed to feed 16-20, so half would be for 8-10. There's two of us in the house. Okay... let's make only 1/3 recipe of the genoise then.
First order of business in the chocolate genoise-making, melt chocolate with water. 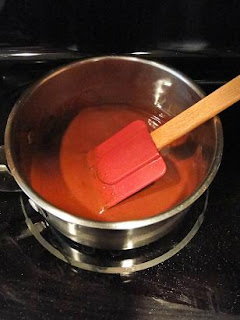 Once chocolate has thickened to a pudding-like consistency, set it aside to cool. 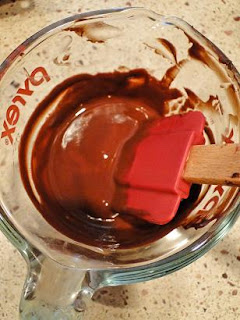 I cheat and place the chocolate in the fridge until it's cooled. In the book, Rose said to use an ice bath but we ran out of ice. I did check on it and mix it several times - basically hovering over it like a mama hen.
Once the chocolate almost cooled, I measured out the eggs. I know it sounded weird to split recipe into 3rds, but since egg yolks are on the smaller side anyway, it works out. If I'm over a few grams in yolks, then I just reduce the whites to get to the required weight. 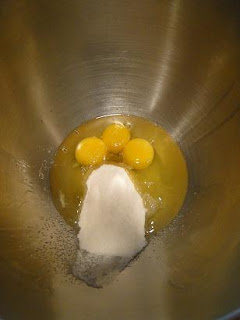 And this is where the step-by-step picture ended. Not because of battery. Because I forgot to take pictures!!! Seriously! One of these days I will get the step-by-step pictures down. But for one, you'll have to forgive me and settle for some narrative :).
After the egg was whipped, I continued with the recipe and try to do everything fast that by the time I remembered to take photos, it was for the baked cakes.
Ain't they cute? 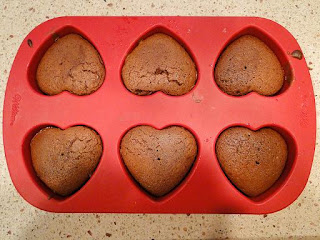 1/3 recipe is enough to fill the mini heart-shaped cakelets (38 grams each) and 2 ramekins (70 grams each). The ramekins are almost perfect for the mini trifle dish. I only had to trim a bit of the bottom portion. 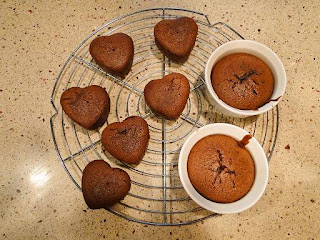 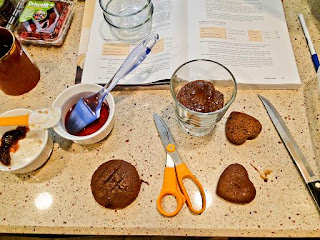 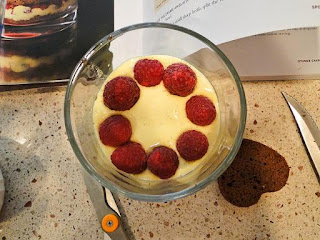 The whipped cream is flavored with strained raspberry puree. I let the raspberries thaw overnight in a colander over a bowl. Then I boil the liquid until it's reduced by half, and strained the raspberries over it. A bit more work than straining raspberry jam or buying seedless raspberry preserve but it's worth it. It taste more potent and tart, which I like. And I can adjust the sugar as I want it. 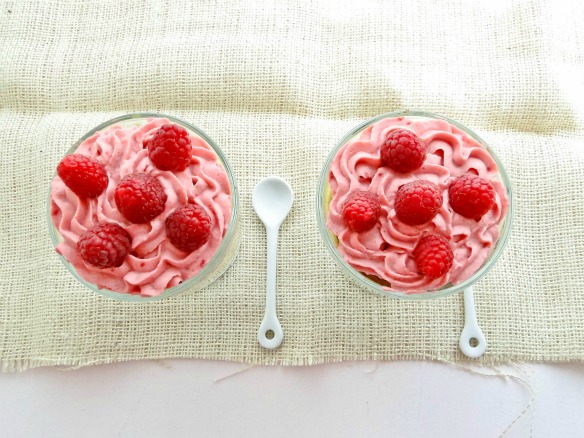 Tasting impressions:
This is so good!!!! We had some today, on the day it's composed, and didn't wait until the next day per Rose's instruction. We couldn't wait. Plus I have to know how it taste so I can write this post hehe *grin*. Hubby rolled his eyes when he took a bite. And not in a way of frustration or annoyance that he rolled his eyes. It's in "oh my gosh this is so good and heavenly." It made me laugh as he's never done that before, though I think it's because he's not a big fan of chocolate cake, and this one exceeded his expectations. That's how good this is. Tomorrow the taste will probably improve, as the cake will absorb the chambord syrup more. Something to look forward to for tomorrow :).
Posted by Jenn at 8:39 PM