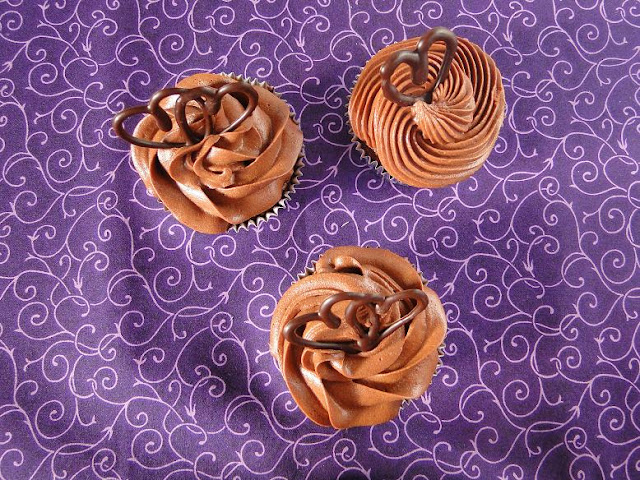 I hadn't make cupcakes for a while, I realized. So when this cake came into rotation, I decided that's what I would do.

This cake is pretty easy to make. So easy that I had to add an extra challenge, and make 2/3 of the recipe. I figured 2/3 would yield me 8 cupcakes. I ended up with 12 (35 grams each). Math is not my strong suit, and yet I continued with the complex math :). 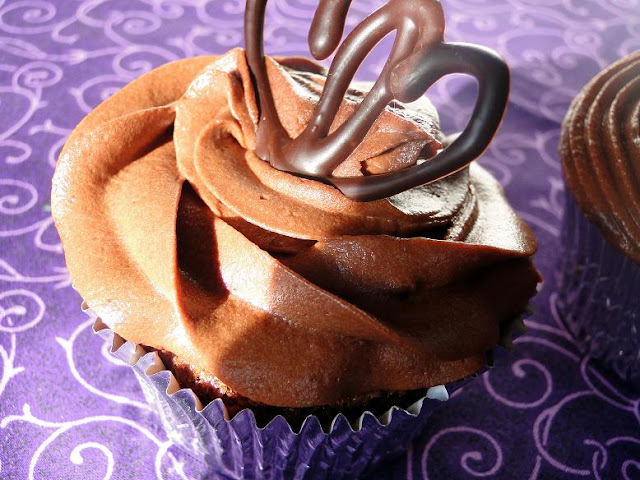 While the cake was easy, the ganache turned out to have a different story.

Continuing with 2/3 recipe, I made 2/3 of the ganache. Melted the chocolate, whisked the peanut butter and vanilla in. Then whisked the cold cream slowly. It took a while for the chocolate to completely melted. When it does, I whisked and whisked until soft peaks.

2/3 of ganache recipe turned out to frost 5 cupcakes only. As it was only 1 PM, I proceeded to make more ganache. It was easy anyway, so I thought by 2 PM I would be done and then I could go run some errands.

Well, as it turned out, the 2nd batch of ganache never reached soft peak, even after 10 minutes of whisking and what little arm muscles I have were sore at this point. Figuring it's not cold enough, I put the ganache in the refrigerator. After 10 minutes, I took it out and whisked again. Then the darn thing turned grainy. 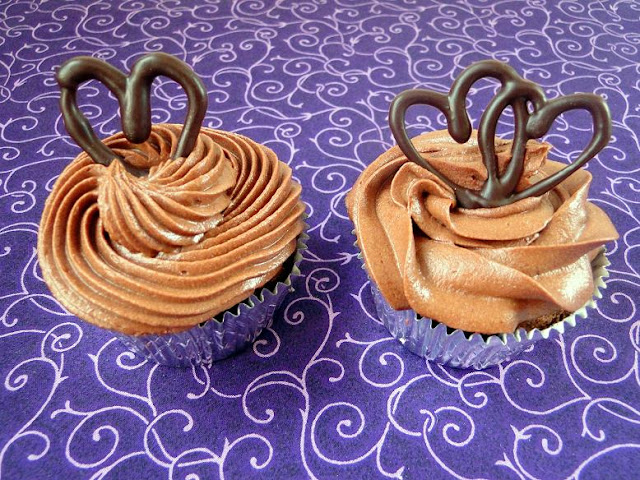 By now it's 3 PM, I do not want to start over, but at the same time there are 7 un-frosted cupcakes and a bunch of chocolate hearts, and it's sad to left them unused.

Upon investigating the freezer, I found a small blob of something that looked like a ganache. Hm... upon trying it out, I confirmed it is indeed ganache. I melted it, added some cream since I was supposed to make whipped ganache.

I must have been overzealous in whisking this 3rd batch of ganache, because it turned grainy. Not about to start over again, I piped it on the rest of the cupcakes. 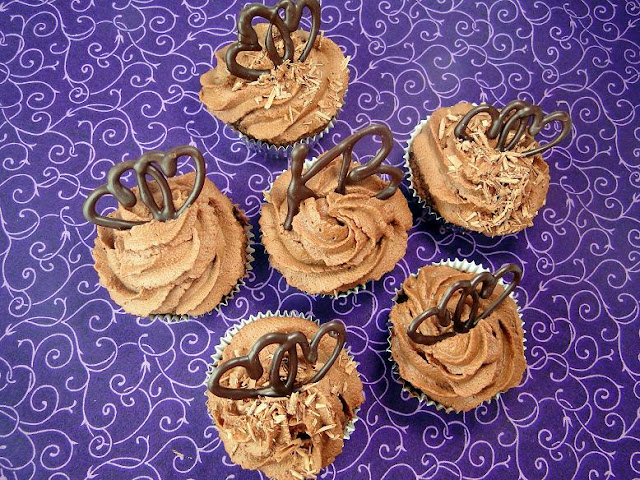 The grainyness did not affect the taste, it just doesn't look very nice. Oh well, that's what the piped hearts and chocolate flakes are for - to distract attention LOL. 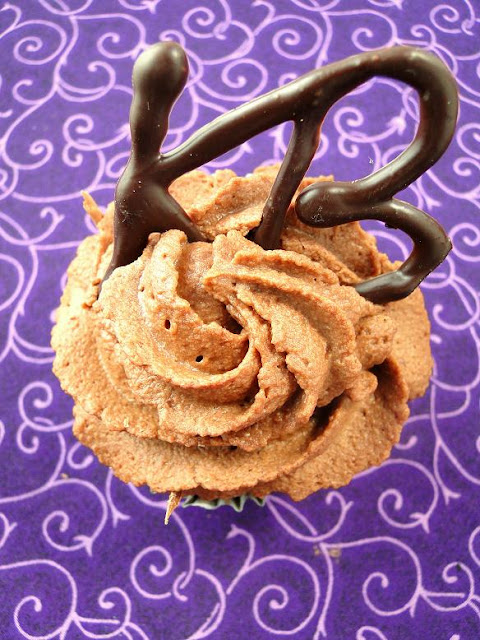 Though it is a bit of  a bummer, as I was excited to use this "KB" lettering on one of the best cupcakes.
Oh well, it could have been worse. At least the texture didn't affect the taste.
Tasting impressions:
It is really really good. I couldn't decide which one I like better, the peanut butter ganache, or the de-frosted "mystery" ganache with Chambord. Both are really really good. The peanut butter is kinda interesting, with the flavor of peanut butter, Chambord, and chocolate altogether. Genoise usually taste better the next day, so I'm looking forward to tomorrow's tasting :).
﻿
Posted by Jenn at 9:46 PM