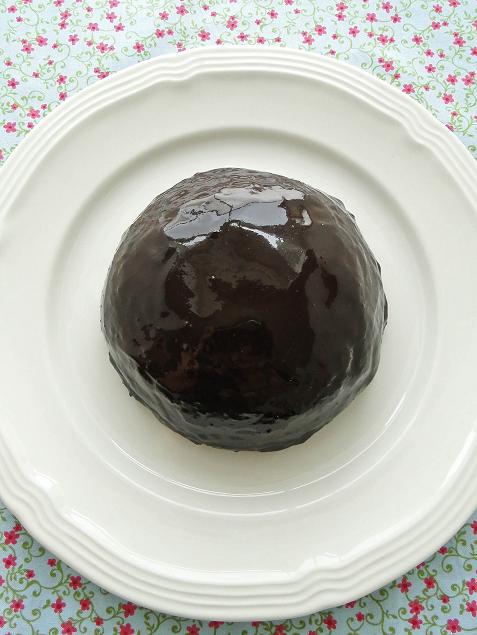 '
The name of this dessert makes me think of the 1980's song called "La Bamba." Do you know this song? It goes like this:

Unfortunately I don't have the song so I didn't quite dance to it as I was making this dessert (yes I know Monica will say she wants to see a video of the dancing! FAT CHANCE my friend LOL).

Back to the cake. This is the last week of the official HCB club. So sad!!! The last year and a half had been so fun. And yes I know we are still continuing, but without Marie! Marie, will you do a guest post or a LC NC sometimes? Pretty please with a cherry on top?????

I took a big risk this week with the La Bomba. As you all know, I usually halved the recipes, as Monica puts it in one of our conversations, "it's your MO." I want to do the same with this one but the smallest glass bowl I have is a 6-cup Pyrex, the one needed for this recipe.

What's a baker to do?
Improvise by using 2 ceramic bowl and 1 mini pyrex container.
As you can see from the obvious not-so-smooth La Bomba photo above, improvisation comes with a price!

But let's start at the beginning.

I decided to take step-by-step photos. 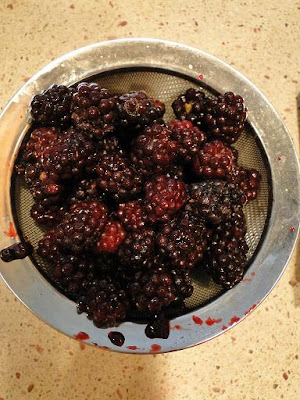 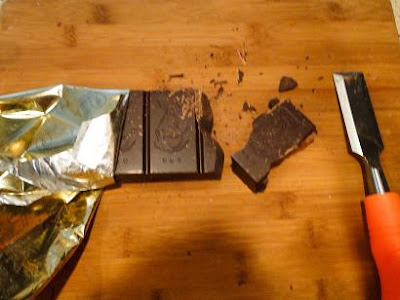 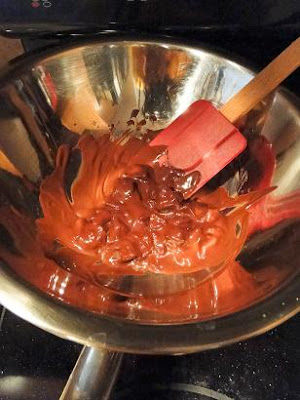 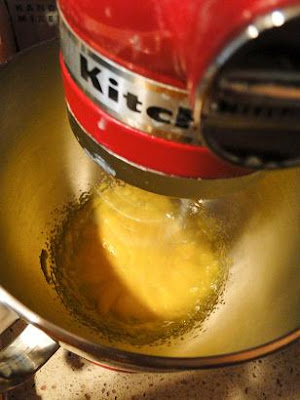 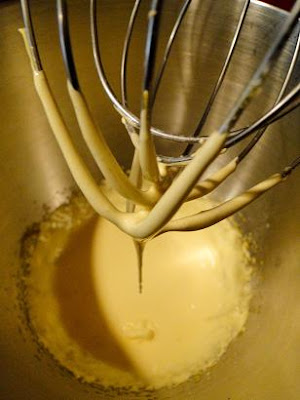 Added the melted chocolate and whisked. Texture is odd. 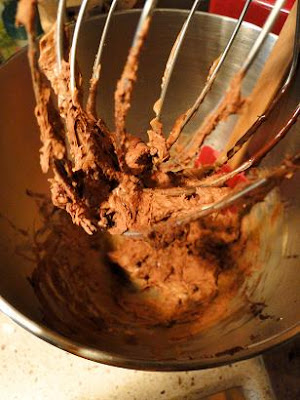 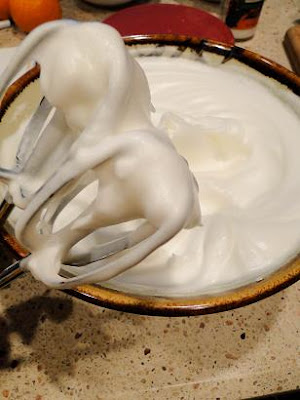 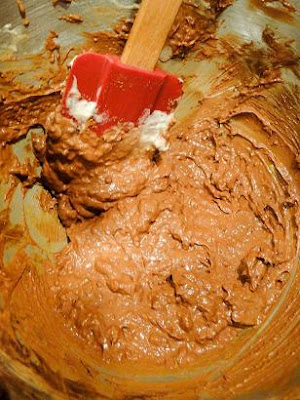 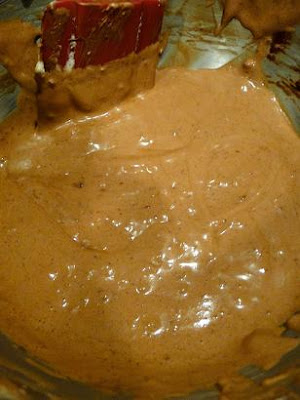 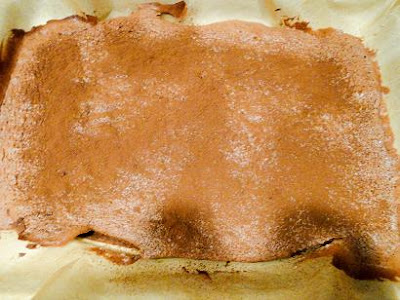 Steeping tea for the sabayon. Look at all those dried fruits! I've also added 5 frozen blackberries in the tea for extra berry punch. 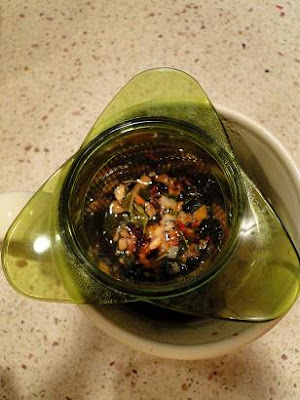 And this is where my camera decided to run out of battery. ARRGHHH!

This is also the point where I started having issues with the cake. Coincidence?

Next is making the sabayon, first I melt the very expensive Valrhona Manjari with some cream. Rose said to melt it over hot, not simmering water. I did this and by the time it's almost melted, it started separating!!!! I see the cocoa butter oozing out. Panicked, I thought to start over. But do I have enough Manjari? I measured the rest and I was 1 gram shy. Phew!

Starting over, this time disregarding the instruction and melting it over simmering water. By the time it's almost melted it threatened to separate. But it didn't. Phew again!

The rest of the sabayon went without hiccup. I used my hand mixer to whisk the egg yolks and it doubled in volume pretty quickly. I was afraid to mess this up overheat it so I used a slightly lower temperature on the stove. As a result, it never quite get to 170 degrees, only about 120. I took a spoon and had a taste. Taste good, fruity and not egg-y.

While the sabayon is cooling I melted the rest of the Valrhona with cream. This time I used a lower heat on the stove. I also set a small handful of Valrhona aside, to be added to the chocolate after it's almost melted. Even with these precautions the chocolate threatened to separate. Almost. But it didn't.

Then I made the whipped cream, folded the chocolate in, and the sabayon. Poured into my 2 ceramic bowl and the little pyrex container. Top with the cake cutouts and into the freezer it goes.

The next day I made the lacquer glaze. I've made this once before, for the Chocolate Apricot Lacquer Glaze and it was pretty easy. So easy that I forgot the part in the recipe where I'm supposed to strain it after the addition of gelatin. Good thing I started with glazing the mini bomba, and noticed tiny little specks on top of the bomba. That made me look at the recipe again and RATS! I need to strain it again.

Here's the mini bomba from the little pyrex container. See the little tiny specks of gelatin? Photo of the inside of the mousse. It's been sitting out for over 2 hours so one side is oozing out (I had forgotten about it - too busy preparing lunch). 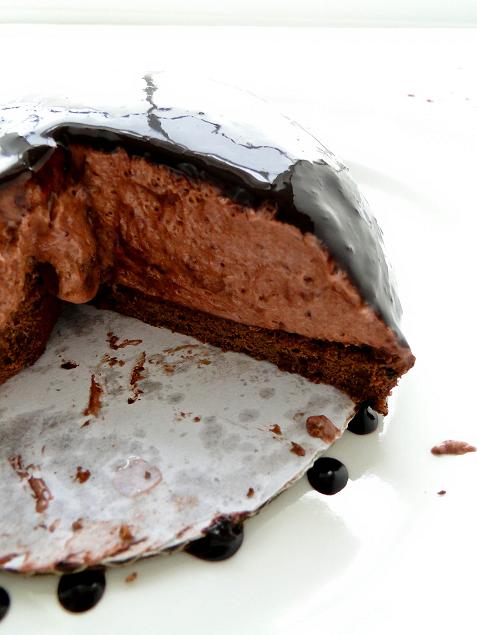 ﻿Tasting impressions:
This is really good. Very rich and chocolate-y. It's a tad too rich for me and I can only eat a small piece - which is not necessarily a bad thing. Hubby loves it, he said it's really good. 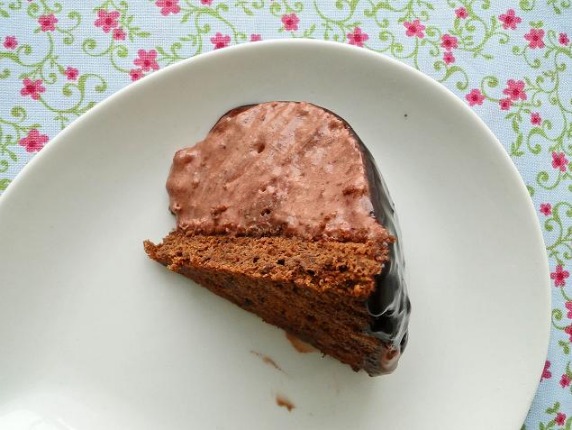