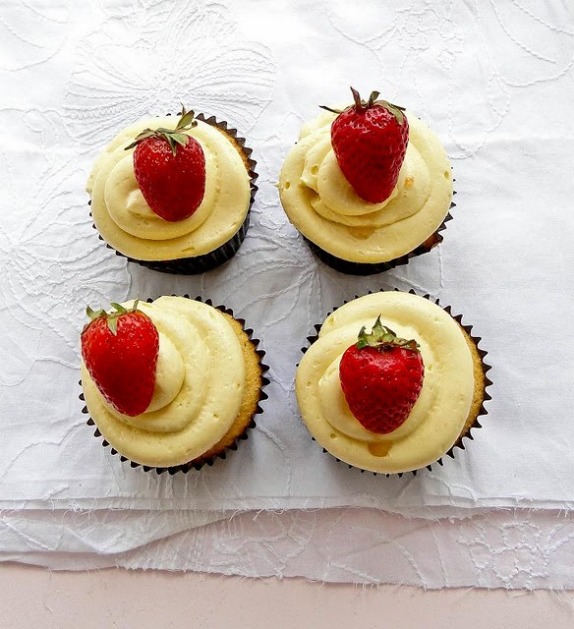 I've made the cake version of this cake (okay that sounds weird) last year, frosted with milk chocolate ganache. The cake was good but the ganache was too sweet for me, so I only used a thin layer and have leftover in the freezer.

This time we are frosting it with the yummy golden neoclassic buttercream. I had made a whole batch of neoclassic back in March to frost Mini Vanilla Bean Cupcakes and had 1/2 quantity leftover in the freezer. I'm excited to use it now (and also excited that I don't have to make it again, making this the fastest cupcake made in Knitty Baker's history :)). 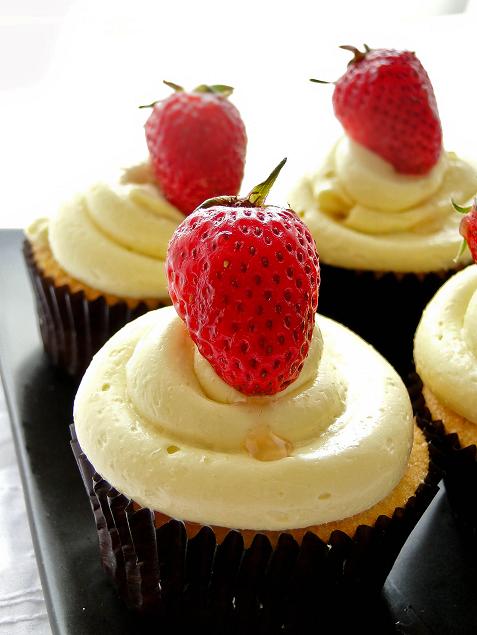 The cupcake was very easy to put together, whisk egg whites with some milk and vanilla. Then the dry ingredients at mixed in the mixer, add butter and remaining milk and mix until moistened on low speed. Increased the speed and beat for 1 1/2 minute.

Next, add the egg mixture in two parts, beating until incorporated. Oh, forgot to say that I (again) made 1/3 recipe. This yield 6 cupcakes - 40 grams each. 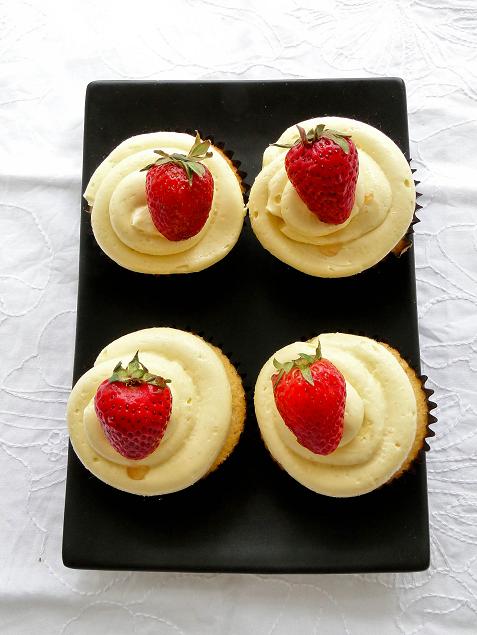 Tasting impressions:
It's so good! The cake itself is good but it's not a cake that can stand up by itself. It needs a flavorful companion. And the orange buttercream definitely rise to that challenge. In hubby's words "the orange cupcake is sooo goood. YUMMM!!!"﻿

Oh, and on another completely unrelated topic. This is my 100th post! WOHOO!!!
Posted by Jenn at 8:52 PM