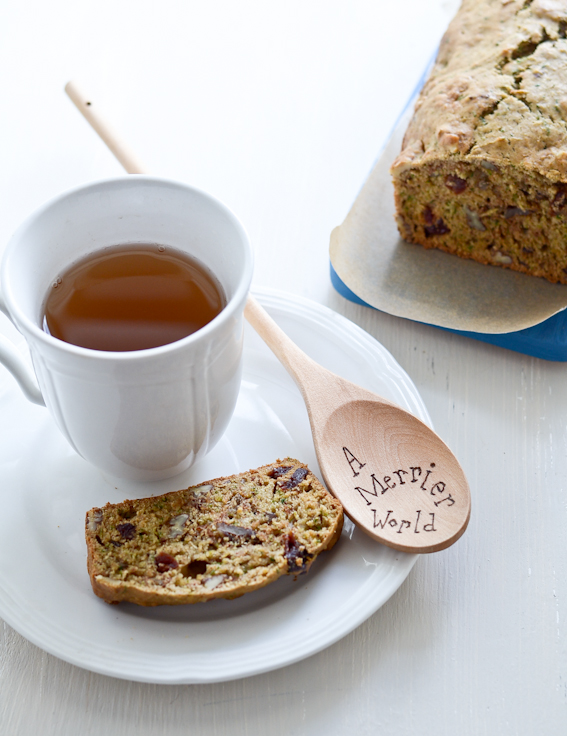 Last week, ECL asked me if I want to come out of retirement to be a part of the travelling spoon.

What is the travelling spoon?

A fellow blogger, Kate of A Merrier World, is celebrating her blog's 5th year anniversary and is sending a wooden spoon on a journey around the world. Sort of like the pants in the Sisterhood of the Travelling Pants, :)).

The recipient of the spoon is supposed to write a post about the baking adventure the wooden spoon have in the kitchen.

I thought it was a pretty cool idea and said yes to ECL.

Fast forward 2 days and I got an envelope in the mail. 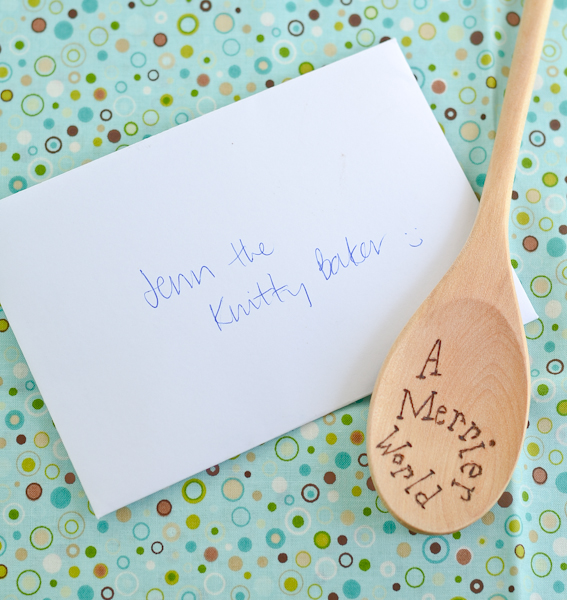 A nice hand written note from ECL and the SPOON!

It's official, I am a spoonee (a term coined by Melinda, the first spoonee).

I thought long and hard about what recipe I would make.

Kinda like the ones I have to make about which shoes to buy...

I have not been baking for a while so I am feeling a little rusty.

And even before, when I was baking, what to bake was mostly dictated by which recipe is left to make from Rose's Heavenly Cakes.

And then the answer came. In the form of 2 pounds of zucchini gifted by my neighbor. 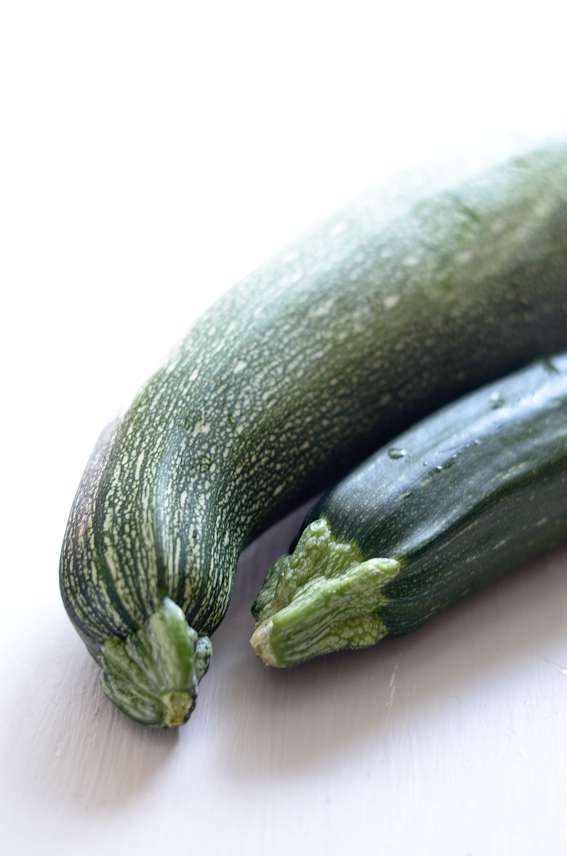 What to do with 2 pounds of zucchini?

So I googled zucchini bread recipe and settled on the one from Simply Recipes. 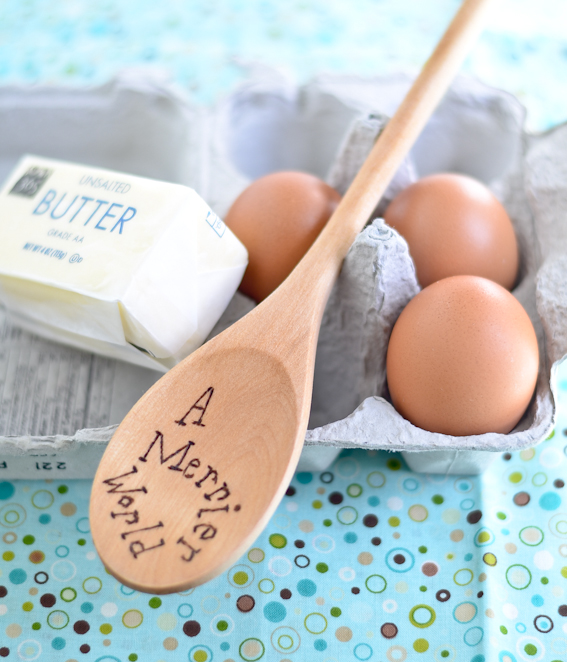 I love this recipe because a) it uses at least half of the zucchini that I have, and b) it is an easy, make everything in 1 bowl recipe.

The recipe makes 2 bread so I split it in half (I am sure most of you who have read my blog are not surprised to hear this :)).

First off, grate the zucchini and let it drain. 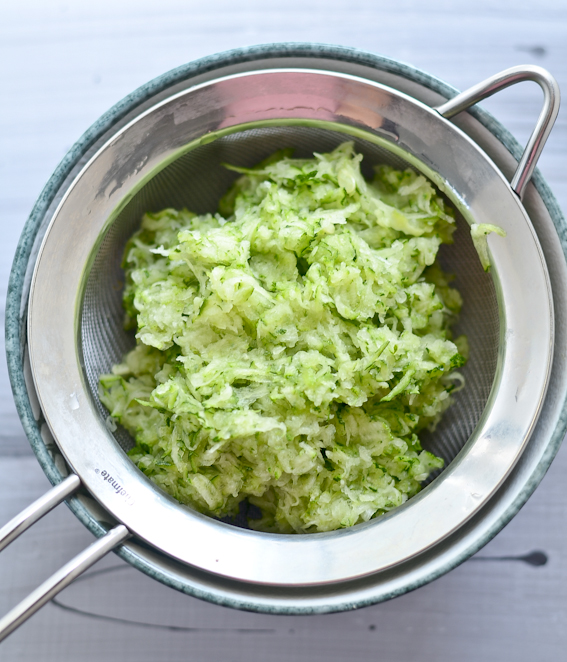 While it is draining, I mix the egg with the sugar and vanilla. I want to make this even healthier and use 1/4 brown sugar and 1/4 regular granulated sugar.

My several months old brown sugar has turned into a rock, so I let it sit in the egg puddle, and after 15 minutes it completely dissolved :). 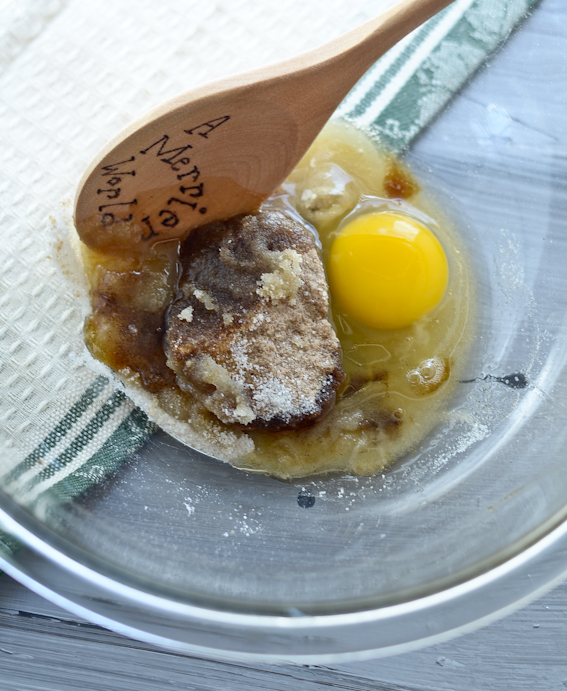 Then mix the drained grated zucchini into it, and add the melted butter. It looks like a zucchini soup! 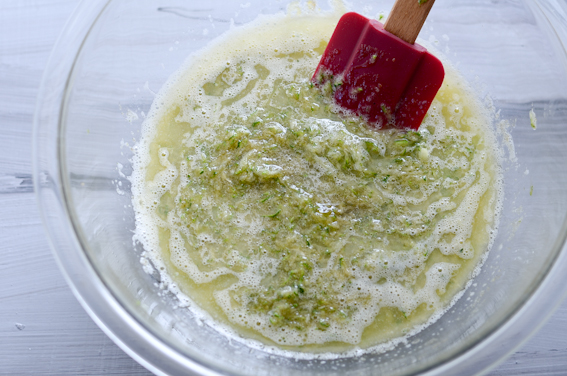 Add in the flour and nuts. I used a combination of pecans and walnuts. Then the dried cranberries. Then take a picture of the sleeping kitty. 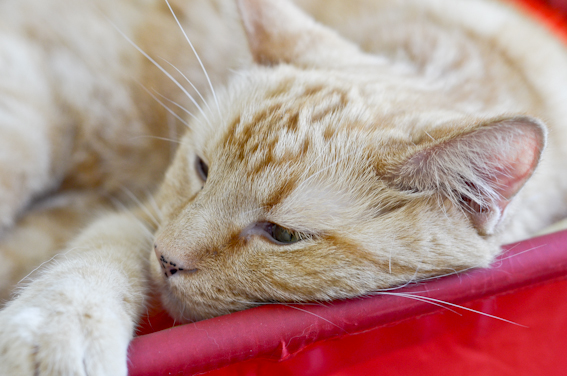 Until she gives you a "what are you doing bugging me" look.... 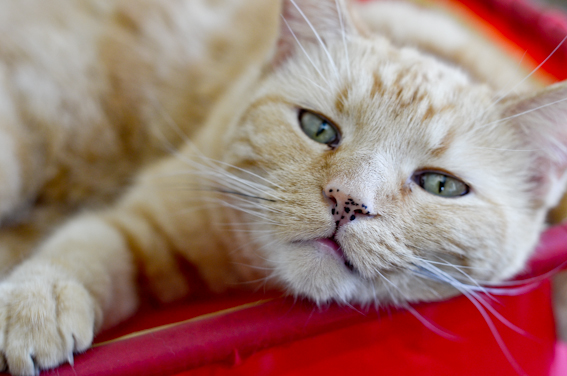 The dough in the pan, ready for the oven. 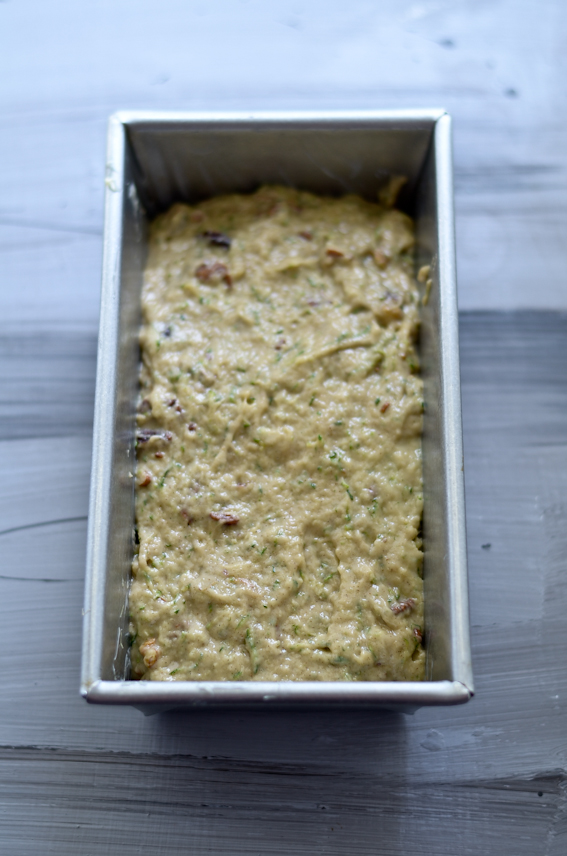 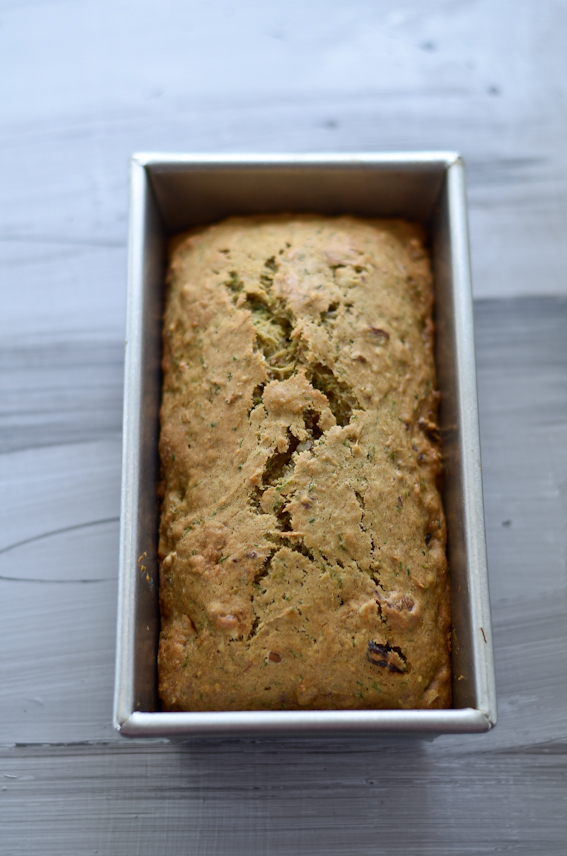 Grate the zucchini and let it drain.

Mix the egg, sugar, and vanilla.

Add in the drained zucchini and the melted butter.

Combine the AP flour, cinnamon, and nutmeg. Add into the zucchini mixture in 3 additions.

Mix in the pecan, walnuts, and dried cranberries.

Bake for 1 hour. Check with a toothpick or a skewer after 50 minutes for doneness. 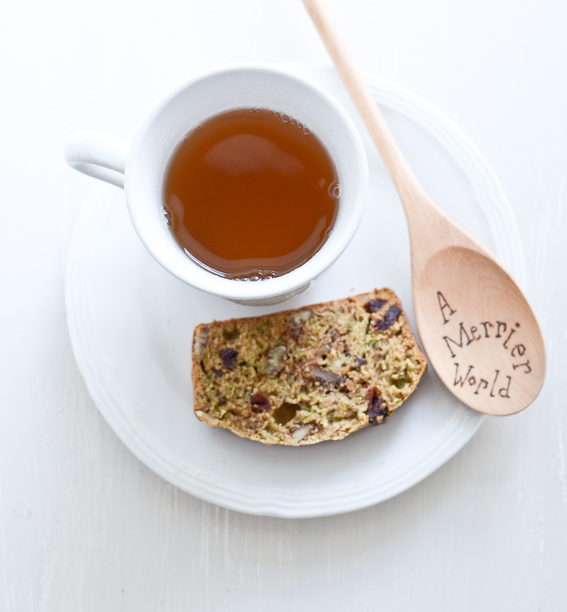 Check out Kate's, Melinda's, and ECL's story of this fabulous travelling spoon.

Next stop for the spoon: Virginia (ButterYum's).
Posted by Jenn at 8:00 AM