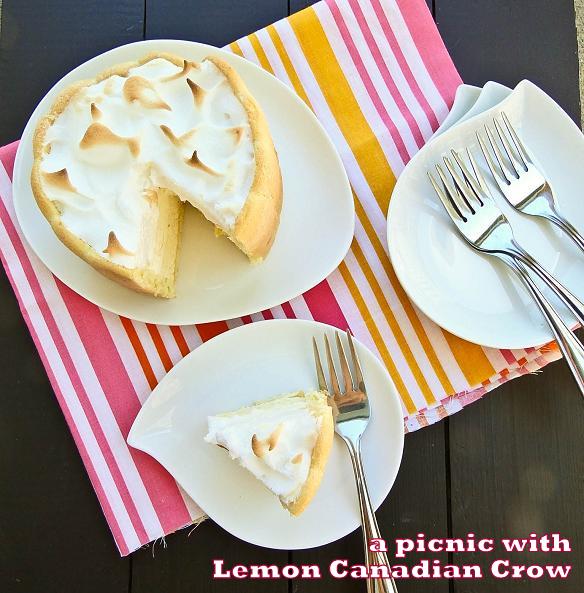 I have been looking forward to this cake for a while. I love lemon curd and ladyfingers and the combination sounded so yummy.

I made the ladyfingers on Sunday before going to the farmer's market. It came together pretty easily. I made 1/2 recipe and it took me about 1/2 hour to prep and mix everything. They finished baking in 8 minutes, giving me just enough time to wash the dishes. 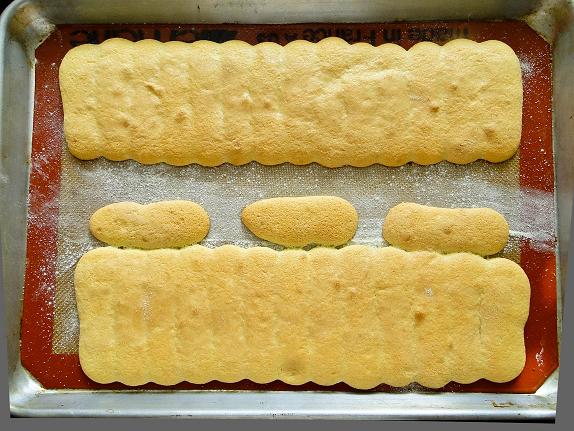 I love making ladyfingers because the smell coming out of the oven (just as it finished baking) is so good. 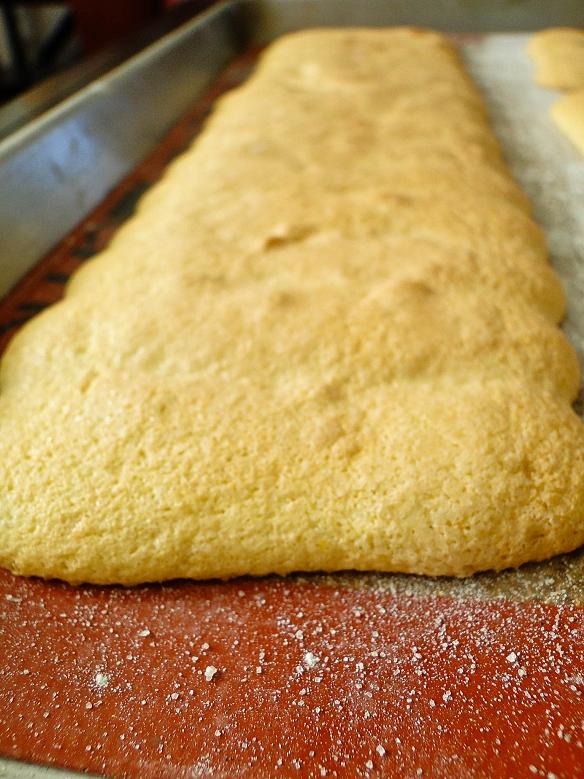 Back from the market, I cut the ladyfingers and lined the pan. Since I am making 1/3 recipe, I used 2 4 inch springform pan. I had enough ladyfingers to line the sides and bottom of the pan, leaving only a couple of them for snacks :). 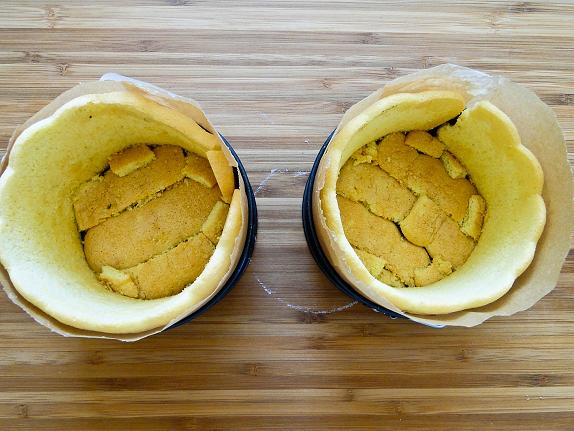 Next, lemon curd. This recipe is a  bit different than what I'm used to. There's no butter in the curd, and you cook it in a double boiler over simmering heat instead of straight in the pan. I used turbinado sugar this time, so the color is a bit darker. 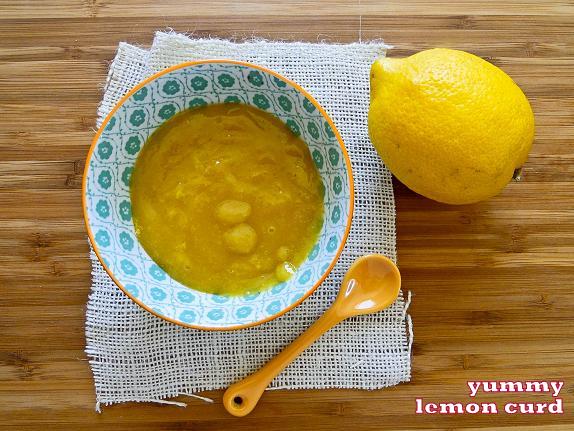 Because this is such a small recipe, the curd cools down in 1/2 hour. It also helps that I spent 10 minutes setting up and taking photograph of it. We also have the AC blasting, making the kitchen pretty cool.

The whipped cream came together pretty fast too. Folded into the curd. 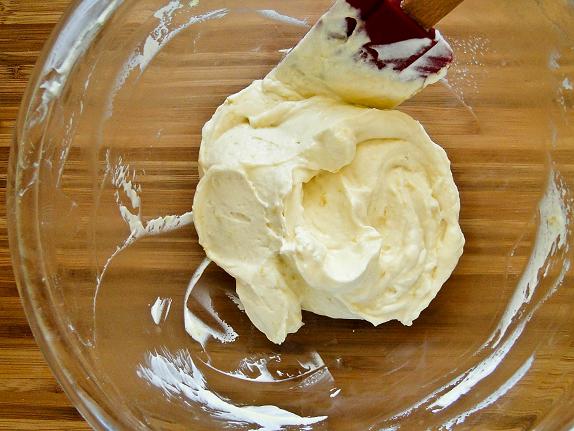 Then filled the pan. 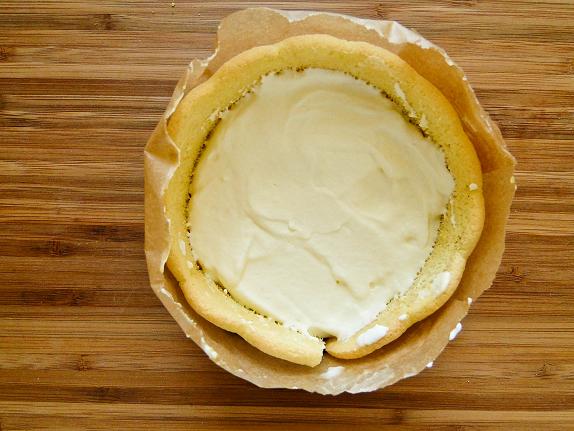 I then realized that my filling is a bit too little. I checked my measurement again confirmed I did everything right. Then I realized I must not have trimmed enough of the ladyfingers.

Not wanting to fill all the gap with the meringue because then it would be way too sweet, I made a bit more whipped cream and used agar to stiffen it.

Agar is from seaweed and it works similar to gelatin, except you don't have to heat it up like you do gelatin. And it doesn't have the awful smell that gelatin has. I heard about it at Rose's forum and just started using it.

Topped with more whipped cream, into the freezer these two mini pan go, for 5 hours minimum or in my case, overnight.

This morning, while the broiler is preheating, I made the meringue. Nothing special to report as it came together pretty easily. 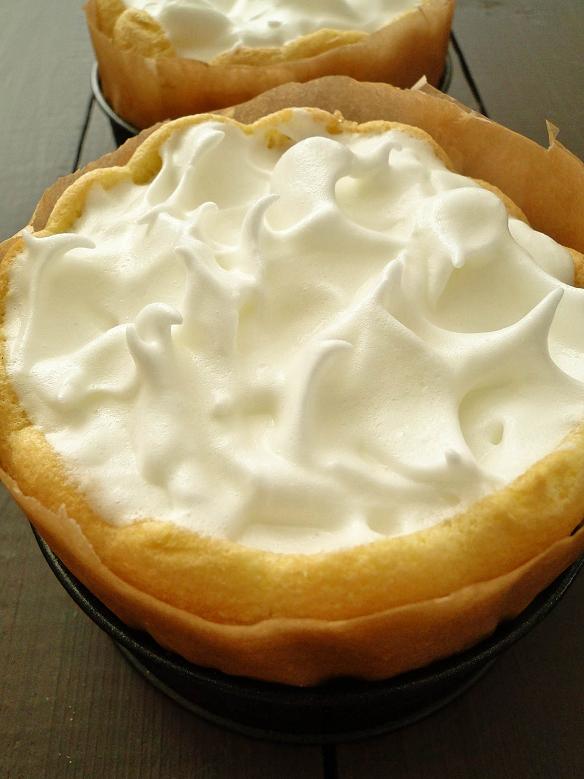 Rose said to bake for 1 minute. After 1 minute 30 seconds only the tips of the swirls were browning. Some were really brown so I took them out. I was hoping that they would be more brown but I didn't want to burn them. 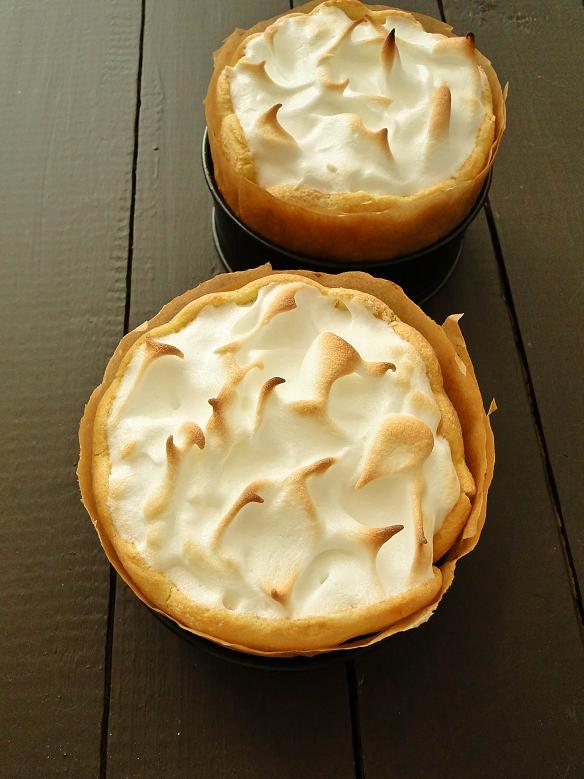 They still turn out good I think. 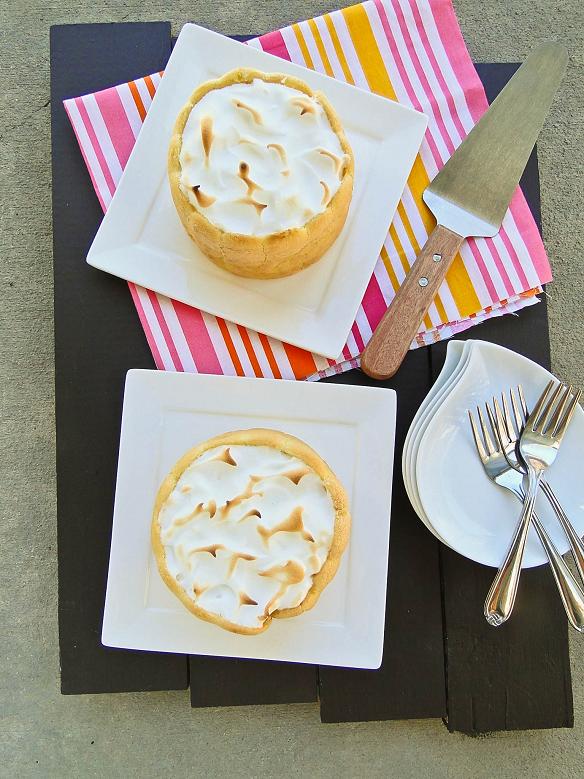 Tasting impressions:
So good!!! This dessert is lemony goodness at its best. I'm not sure if that sentence makes sense but I don't know how else to describe it. I am completely smitten with this dessert! 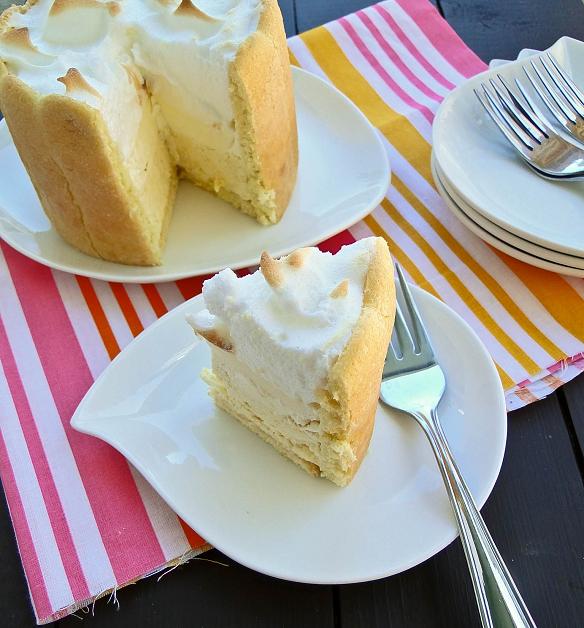