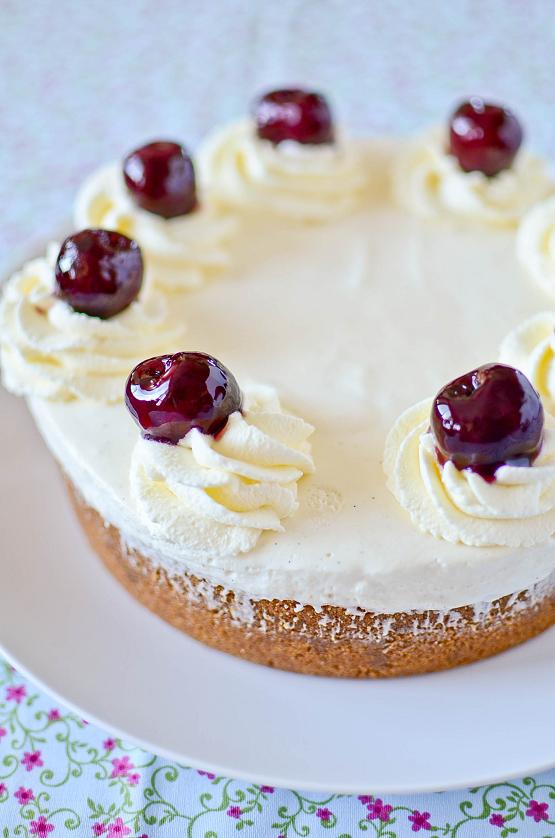 I must not be in the right mind on Friday when I went grocery shopping. The reason why I said that is because this morning, when I look at recipe and what I had bought, I realized I forgot both the creme fraiche and the graham crackers.

Not wanting to make a trip to the store and lose an hour just for those 2 items, I decided to use sour cream to replace the creme fraiche and make my own graham crackers.

I didn't know how to make graham crackers from scratch, but a quick search on the internet lead me to a recipe on Smitten Kitchen's website. It looks fabulous and easy. Yes it might actually takes longer than the amount of time it would take me to run to the store to get the crackers, but it would be more fun. At least that's what my brain is telling me.

So I started making 1/3 recipe of crackers by mixing the dry ingredients (flour, baking soda, and brown sugar)  together. Add in the butter and mix by hand until the butter is the size of peas. This reminds me of making pie dough. 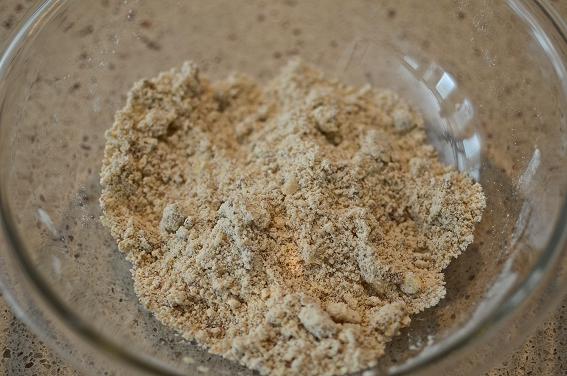 Next, mix milk, honey, and vanilla. Add it to the flour and mix by hand until combined. 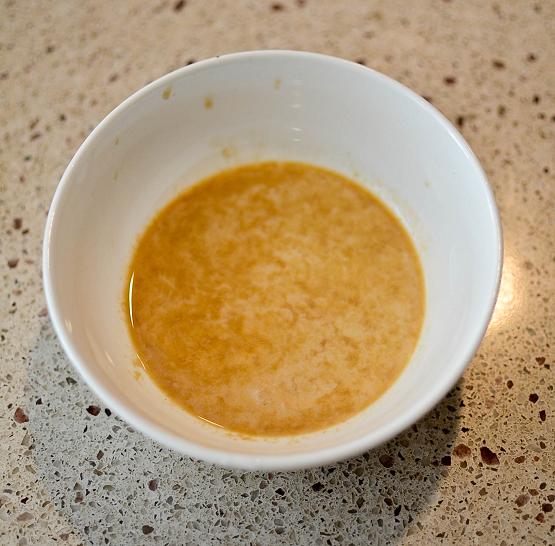 After a few minutes, we have a nice and brown dough. 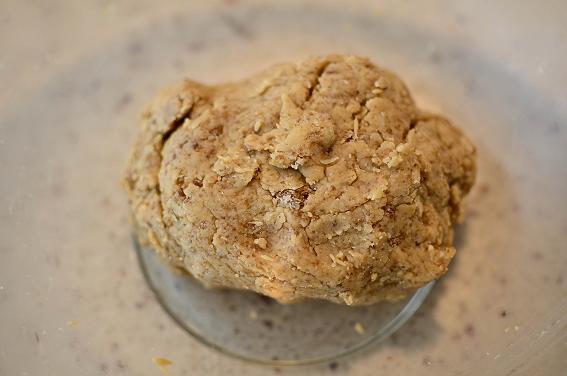 The dough is then refrigerated for 30 minutes. Then roll it out and cut into squares. 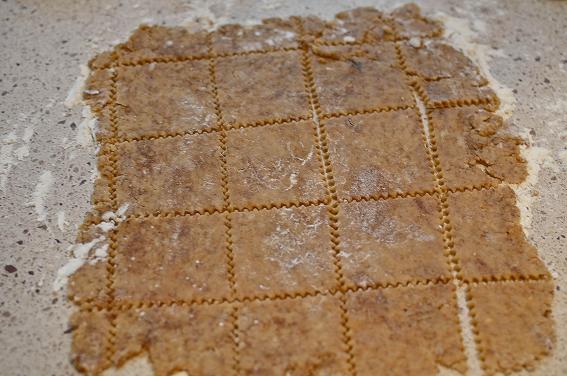 I used the narrower end of a chopstick to poke the little holes. 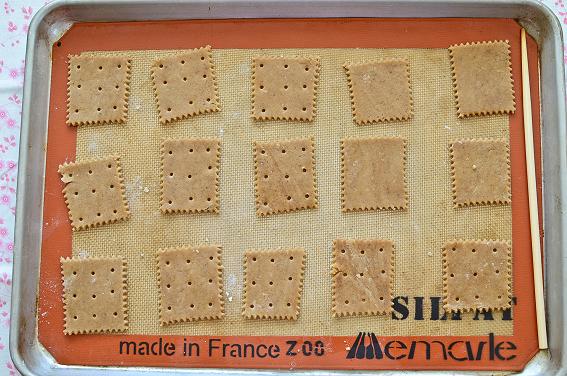 They baked for 20 minutes and came out smelling so good. Crispy and yummy! 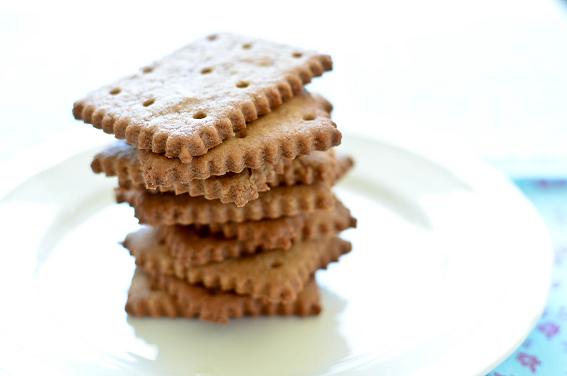 Back to the cheesecake. In between chilling the cracker dough, I made the custard filling. There are a lot of steps in this one (and a lot of dishes) but they were not hard. 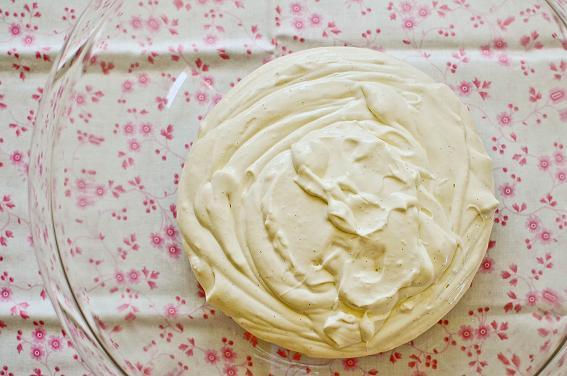 The custard cooled pretty quickly and so I made the Italian meringue and folded the custard filling in.

By this time, the crackers were done and cooled, so I made the crust. This turned out longer than expected and made me frustrated, because I couldn't get the dang crust to be even and to be as high as the 1 1/2 inches up the sides of the pan as Rose said. I ended up having to grind more crust and melt more butter. 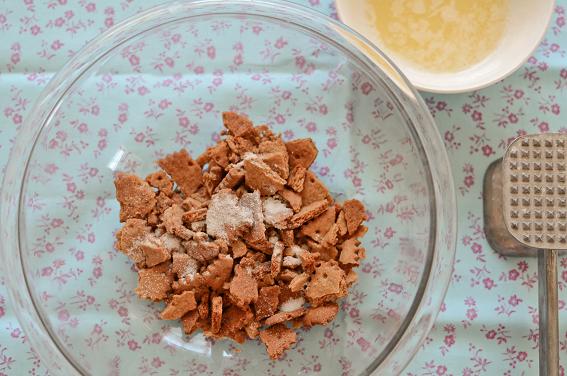 The crust is done, I poured the cheesecake mixture in and placed it in the fridge to cool.

Meanwhile, I made the cherry coulis. For the 1/2 recipe of cheesecake, it calls for 140 grams of cherries. That was like 15 cherries, which seemed too little to me. So I ended up using 200 grams of it. 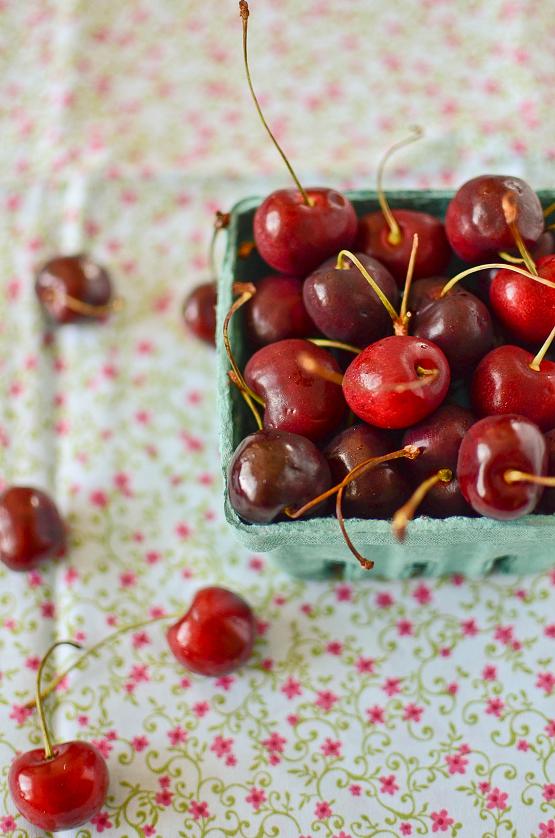 After the 4 hour mark, I started making the whipped cream for the cheesecake's decoration. I had a vision of what the final cheesecake will look like and was determined to get that for the photos.

Then I un-mold the cheesecake. It took several tries rubbing the sides of the pan with a hot towel until it un-mold. I was happy to see that it un-mold well, no dents! 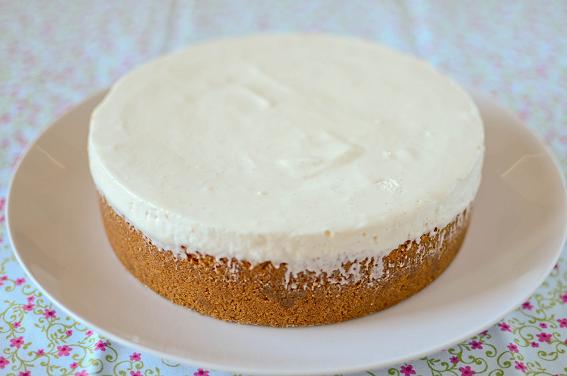 Then topped with whipped cream and the cherries from the coulis. 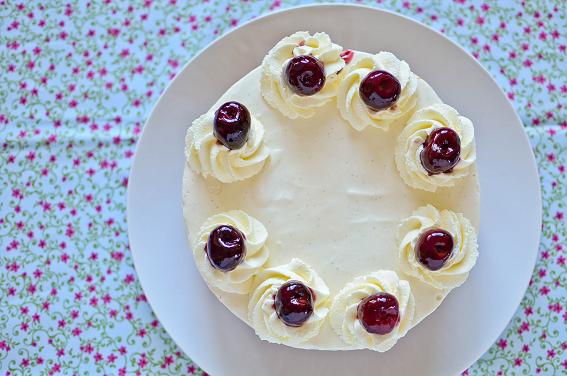 Slicing the cheesecake turned out to be a challenge. I followed Rose's suggestion and dip my sharpest knife into a glass of hot water, wiped it dry, and cut the cake. But it seems like even after 4 hours refrigeration, the middle part of the cheesecake has not set. So what was supposed to be a beautifully sliced cake turned out to be a puddle of mess. 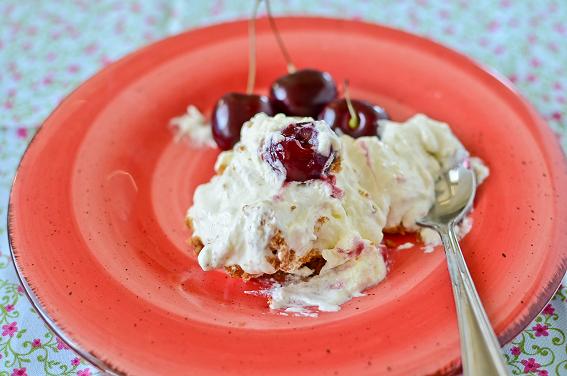 Tasting impressions:
A yummy puddle nevertheless. It's so good! Creamy, slightly salty. It goes well with the sweet cherries. So good I even licked the knife.
Posted by Jenn at 9:37 PM